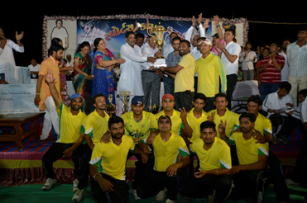 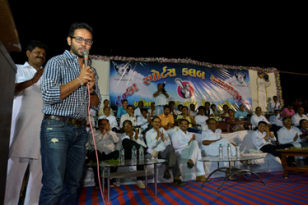 To label cricket as just a sport that Indians are particularly fond of, is equivalent to leaving a job half-done, or not doing it at all! The savvy corporate captains who manage the Youth Development Programme, an initiative of Coastal Gujarat Private Limited (CGPL), the wholly owned subsidiary of Tata Power Company, never made that mistake. On the contrary, right from the outset they have remained focused, not on the game, but on the enormous popular appeal that it wields.  Because their brief was to devise strategies on how to harness the treasure trove of positive energy it generates. And then put it to constructive use.

Cricket, today, is considered to be an integral part of India’s history and heritage. It has been known to play a key role, albeit unofficially, in diplomatic discourses and mainstream politics, besides being a top revenue earner in the entertainment industry. So what makes cricket such a convincing winner? Its unique capacity to bind people and communities together, no matter how diverse their demographic profiles are, say social analysts. And this is the quality that the CGPL authorities were keen to propagate. Their game plan was to use cricket as a medium to instill a sense of community, a feeling of belonging, among the young people. First in Kutch district, the site of its flagship project the 4000 MW Ultra Mega Power Plant, and then in rest of Gujarat.

The CGPL staff members had accepted the challenge. So for the past two years the Company has been organising an annual mega event, Akhil Gujarat Cricket Tournament, in partnership with the Sports Club of Tunda. The objective is to promote sports among the youth, especially those hailing from rural communities.

Last year the organisers had decided to remain within the boundaries of Kutch district. So all the 64 teams which signed up were playing on home ground. But the event caught the attention of cricket lovers across Gujarat. The response was so overwhelming that this year the gates remained wide open for all cricket enthusiasts. So while teams registered from Saurashtra region, cricketers from Surendranagar, Amreli, Junagadh and Rajkot joined the local teams of Kutch to participate in the tournament

95 matches were played during the 5-day tournament, as over 1400 participants thronged the grounds. The mood was festive. Even the players seemed keener to connect with the crowd and enjoy the game than to win it.

So for CGPL it was an ideal scenario. Because this yearly event is not meant to be yet another platform to single out superstars. Rather the Company is all set to nurture it as a breeding ground for dependable ‘team players’—men and women who are as skilled as the stars, and at the same time are mature and confident enough to ensure that the rest of the team is not left very far behind as they forge ahead. Not only while the match is on, but in real life too.